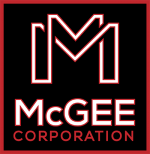 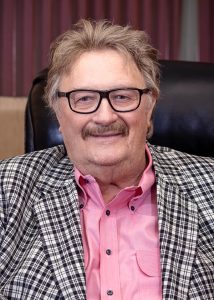 Meet Richard McGee. At the young age of 17, and after just graduating from high school, Richard and his dad Henry decided to begin a small canopy business. They started from nothing. Zero customers, zero sales, and zero incoming phone calls.

After buying a bandsaw and some materials to make a few window awnings, they were off to the start of a small canopy business, located right in the garage of their home.

At the start of the business, they built a few carports once in a while and some patio coverings. About a year later, they moved the business to Monroe in the back of the building where his dad previously ran a Ford tractor dealership. It was an old maintenance warehouse and they rented out the backside of it. Then Richard’s older brother Charles decided to join them. The McGee company stayed in that building until 1963 and then moved into a concrete building that still stands in Monroe, NC today.

At that time, everything was done manually. All drilling beams we’re done by hand. They began to buy a lot of equipment and the early McGee company stayed at that location for several years.  In 1976, they built a new brick facility and were excited to become first time commercial building owners. They moved into the new building on Labor Day.

Charles handled all marketing and sales for the company. He was well-loved and well-respected by every customer who had the opportunity to work with him. His skillset helped drive the company toward doing business with more big customers. As they began to grow, the brothers started investing in more equipment. They saw that they couldn’t go too far without automation.

In 1986, they decided to take a big leap and built the 175,000 square foot building where the company still stands today. Richard is proud that the company continues to commit to the latest technology in order to maintain a leading edge in the industry.

In 1994, Charles decided to retire and sold his interest in the company. His positive influence and leadership in Sales helped to develop the team we have today.

Richard attributes much of the company’s history of success to each of the high-quality employees who work for the company, the reliable material suppliers, the many valuable customers, and the crews of experienced installers who make sure that each canopy is properly installed for every McGee project.

Richard is grateful for the company’s long-term success and is excited for the future growth and direction of McGee Corporation.

PROUD TO WORK WITH

McGee Corporation is always looking for talented, hardworking individuals to join our team.

If you are interested in being a part of our team, you can view our current open position here.  We look forward to hearing from you!